Home » Your Health » Dancing With Feelings

Aary Aardvark walked as quietly around the bird as he could hoping to startle or wake it.  The blue bird didn’t make a sound.  In fact, nothing happened.  The bird neither moved nor flew away.  Aarvy sat down, spellbound by its beauty.  As Aary sat watching the still blue bird with the orange wing bands he remembered lying in the clearing watching the birds fly and play in the sky.

After a long time of silence he spoke to the blue bird.  He spoke very softly—“You have taught me a lot, beautiful bird,” he said.  And to his amazement he added, ”I love you.”

Now Aarvy didn’t understand why he had said “I love you,” to the still blue bird.  But he didn’t have to understand.  The words came from something that was stirring up inside of him.  It was a feeling.  Aarvy had learned to trust his feelings…and to let them out.

“Your feelings stir you up so they can help you understand yourself and grow, Aarvy,” his friend Ralphy Rabbit had said late one night during one of their talks of the long wet spell.

“Feelings are friends not enemies,” he continued.  “But lots of times, especially when we’re very sad, or hurt, or scared, or mad, we treat feelings like they are our enemies.  We try to shut them up, or fight them.

“The funny thing is” continued Ralphy Rabbit shaking his ling grey whiskers, “we think we’ve won the battle when we silence our feelings by burying them or locking them up.  But feelings live inside of us.  So all we’ve really done is bury or lock up ourselves.

“The thing to do with feelings” said Ralphy with a twinkle in his eyes, “is to invite them to come outside in the open so we can dance with then.”

Aarvy Aardvark liked what Ralphy had said about feelings, but he hadn’t understood it all.  Especially the part about dancing with them.

From Aary Aardvark Fidns Hope:  A Story for People of All Ages by Donna O’Toole.  Copyright 1986.  The Rainbow Connection, 477 Hannahy Branch Road, Burnsville, N.C. 288714.  Used with permission of author. 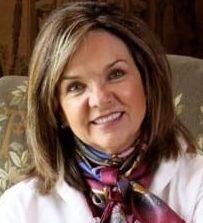 Cheryl Edwards
My love and passion of counseling has been driven by a strong belief in the power of an individual to overcome obstacles and expanding their “toolbox” of skills.  Helping others become their best and transform ...
Learn More
Posted by Cheryl Edwards on Mar 30, 2008 in Dancing With Feelings | No Comments